This update adds objects of civilian infrastructure based on real-word databases, introduces a visualization of the fallout plumes and some optimizations.

- New Feature: a number of objects of civilian infrastructure are added. 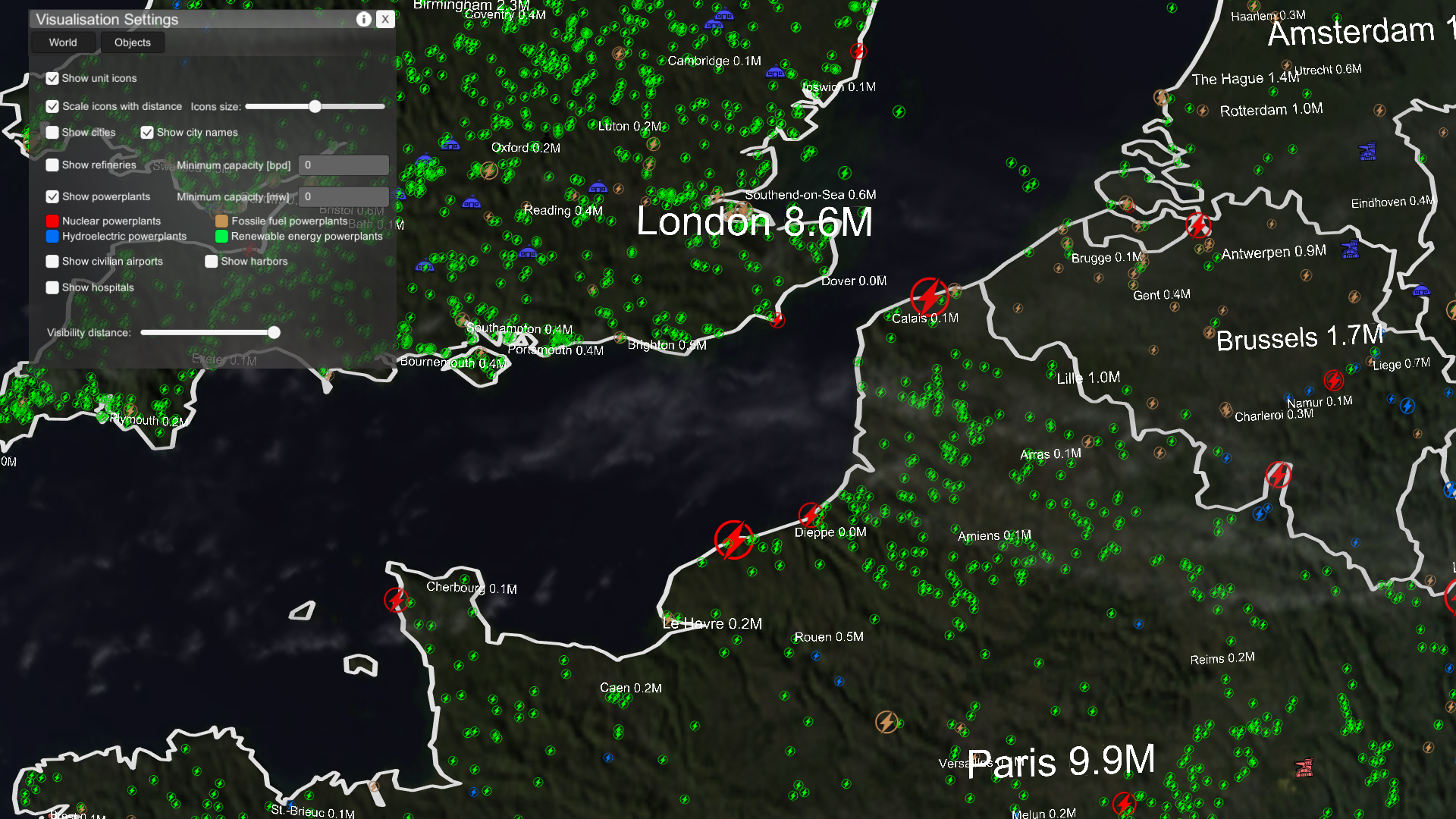 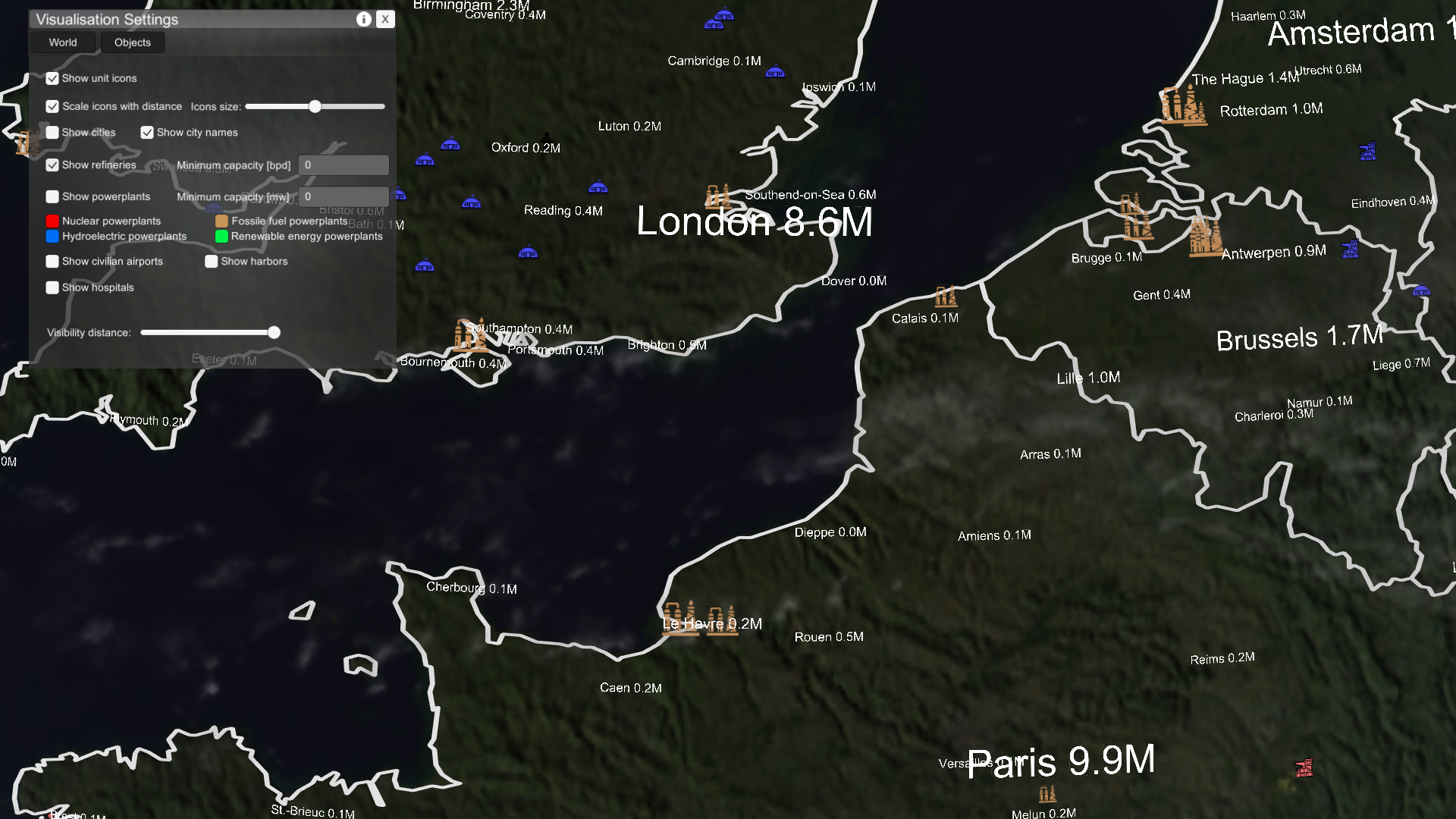 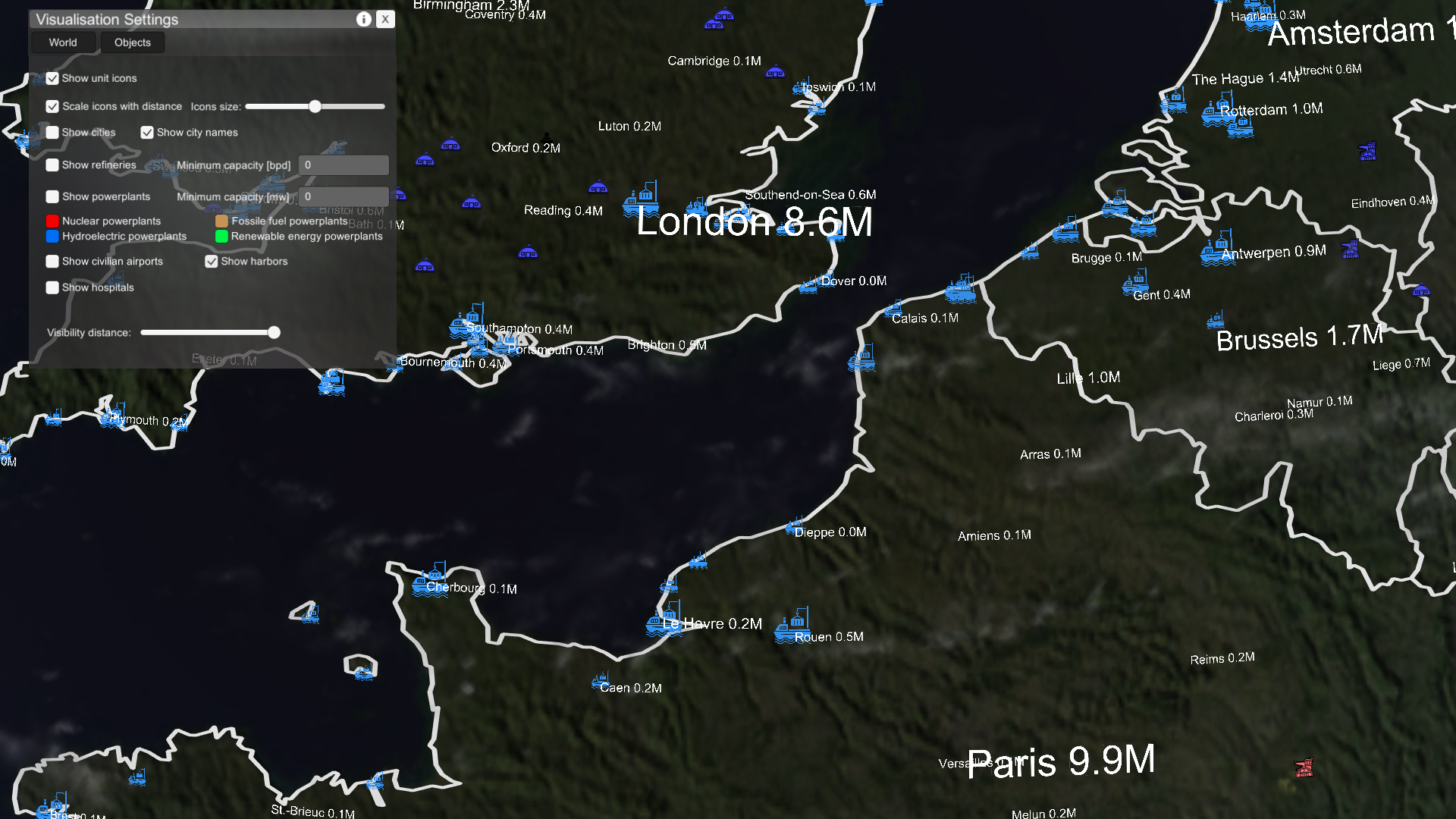 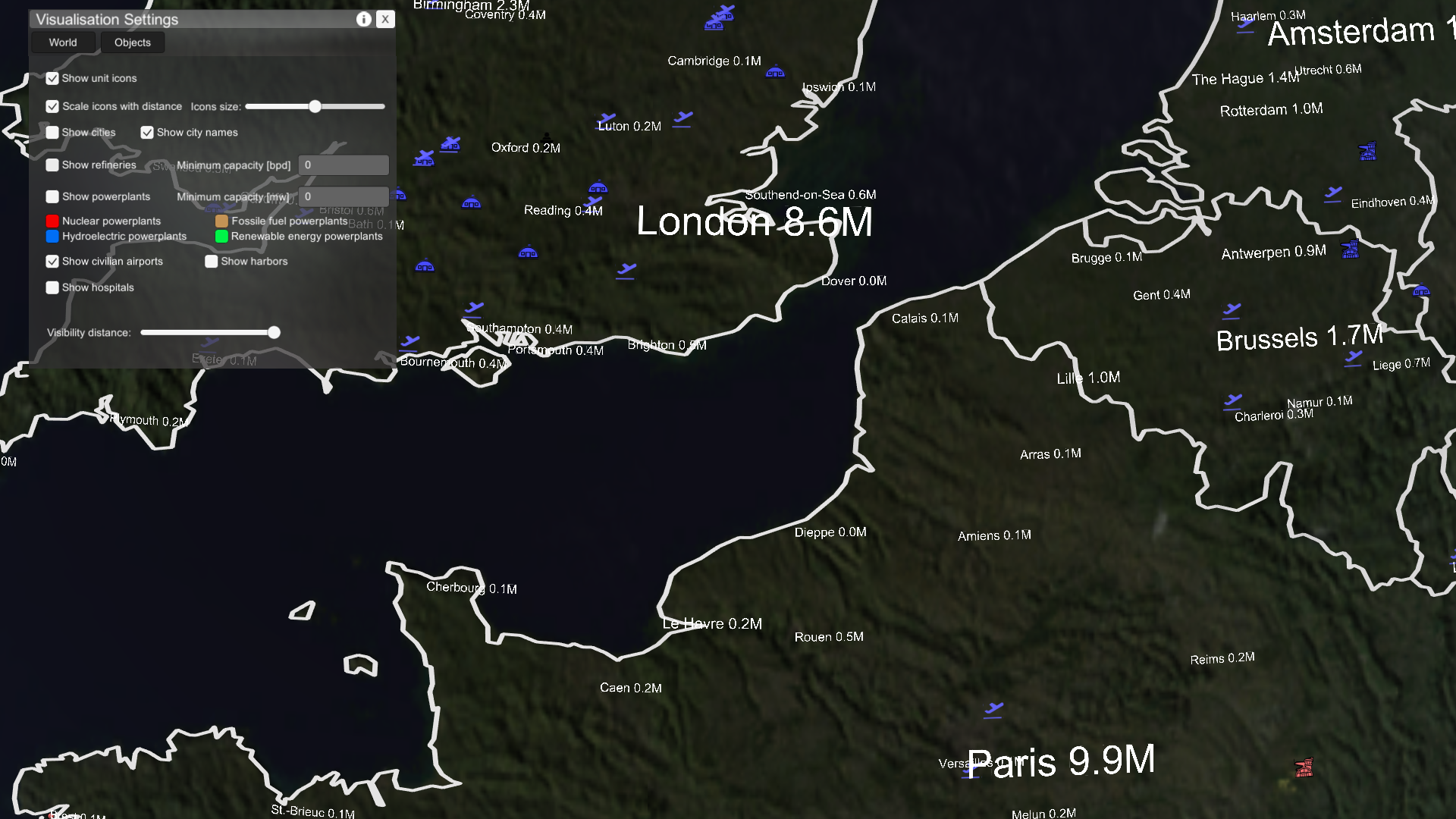 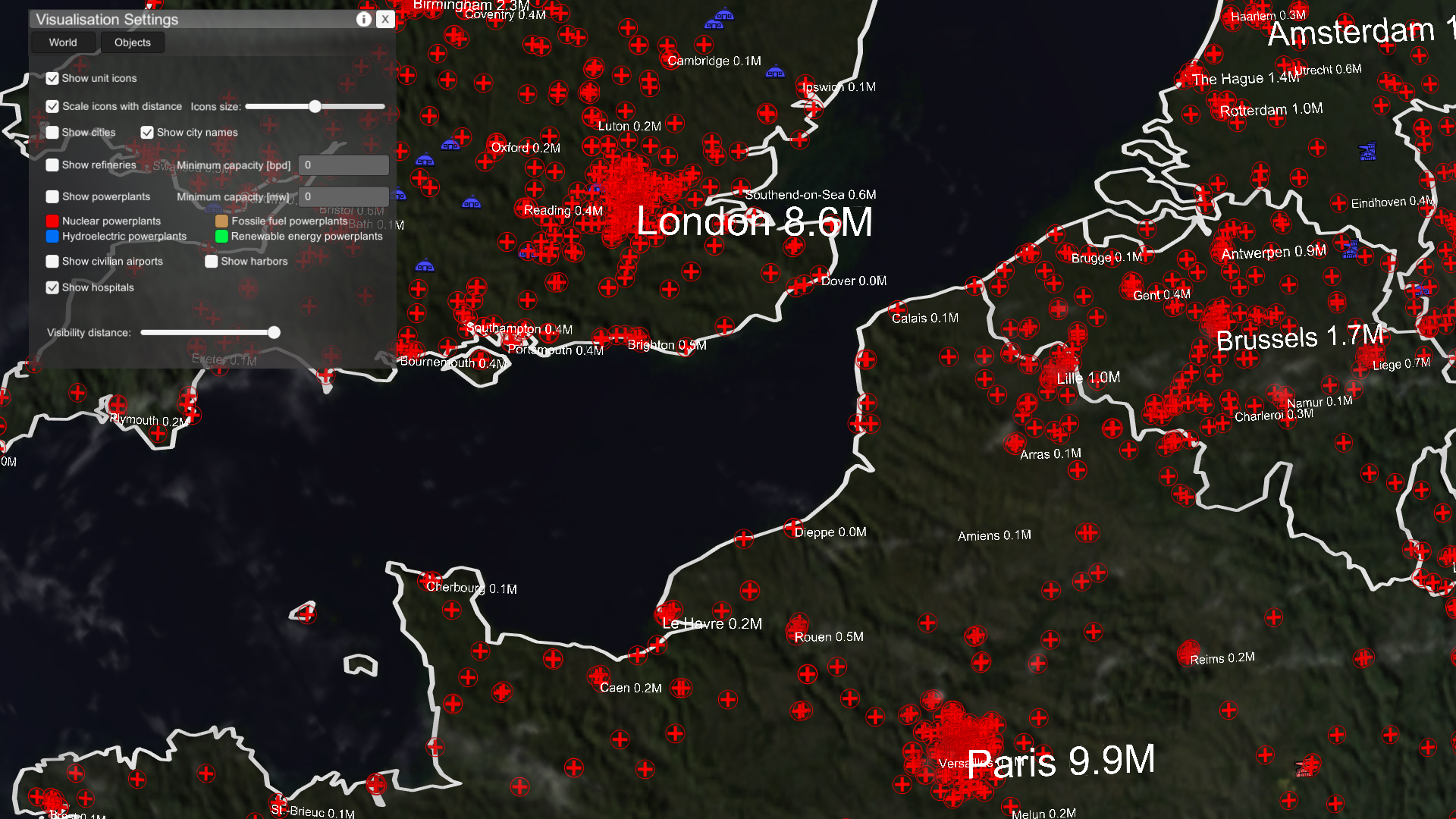 The objects can be destroyed while the settings for each target type hardness can be set in a separate menu.

Refineries and oil storage facilities will burn and produce soot when destroyed, contributing to the effects of nuclear winter. 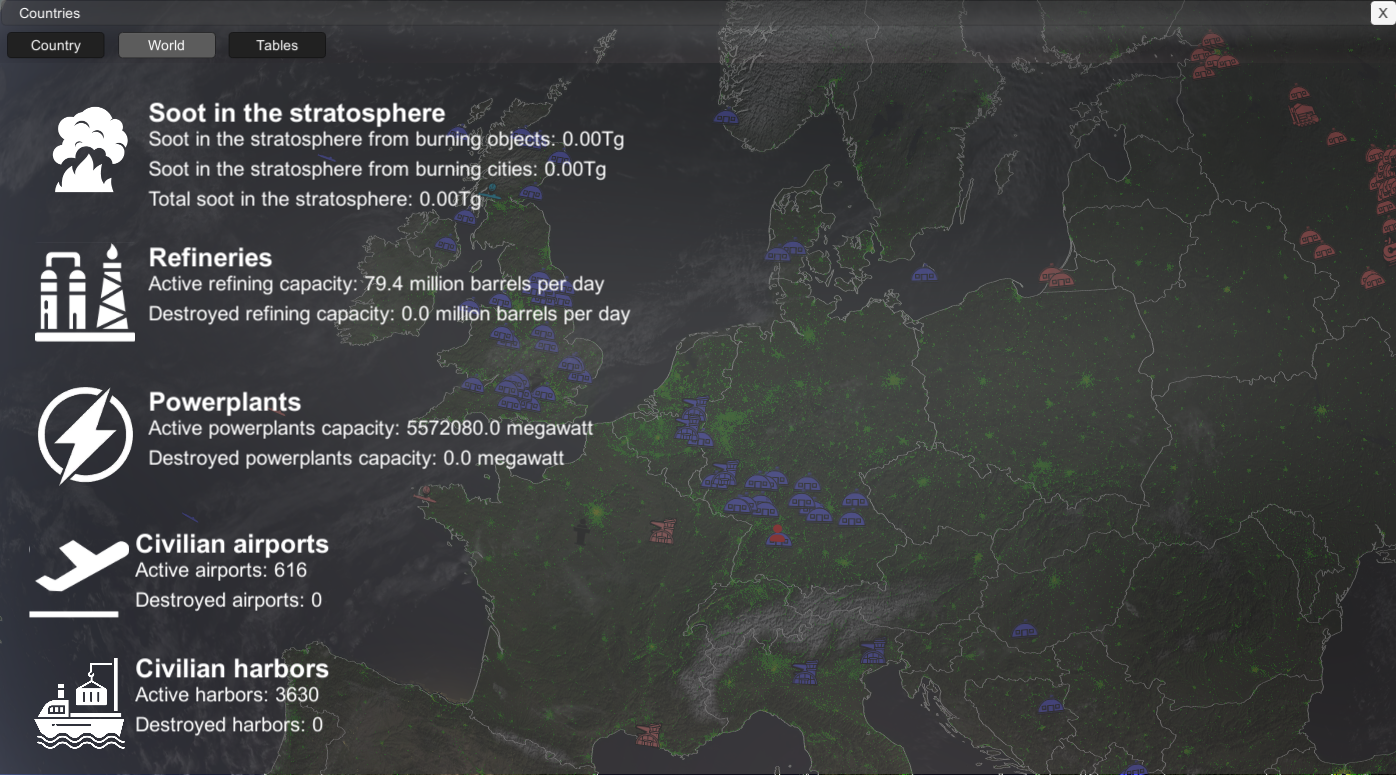 And here is a video explaining these features:

- New Feature: fallout plumes are visualized using parts of the WSEG-10 fallout model. The visualized plume covers approximately the same area as the area exposed to radiation and can be used to estimate the time of arrival at a specific location.

You can find the documentation of the fallout codes here: https://apps.dtic.mil/dtic/tr/fulltext/u2/a083515.pdf
- Optimisation: the destruction of units by the blast
- Optimisation: rolling the globe is no longer choppy